🏠 Have professional Guitar courses at the teacher's studio or at home

📚 Learn Guitar, as a kid or adult, in styles like classical, modern or jazz!

💬 Rotterdam Guitar lessons in english, you choose the schedule!

We carefully chose the best Guitar teachers in Rotterdam 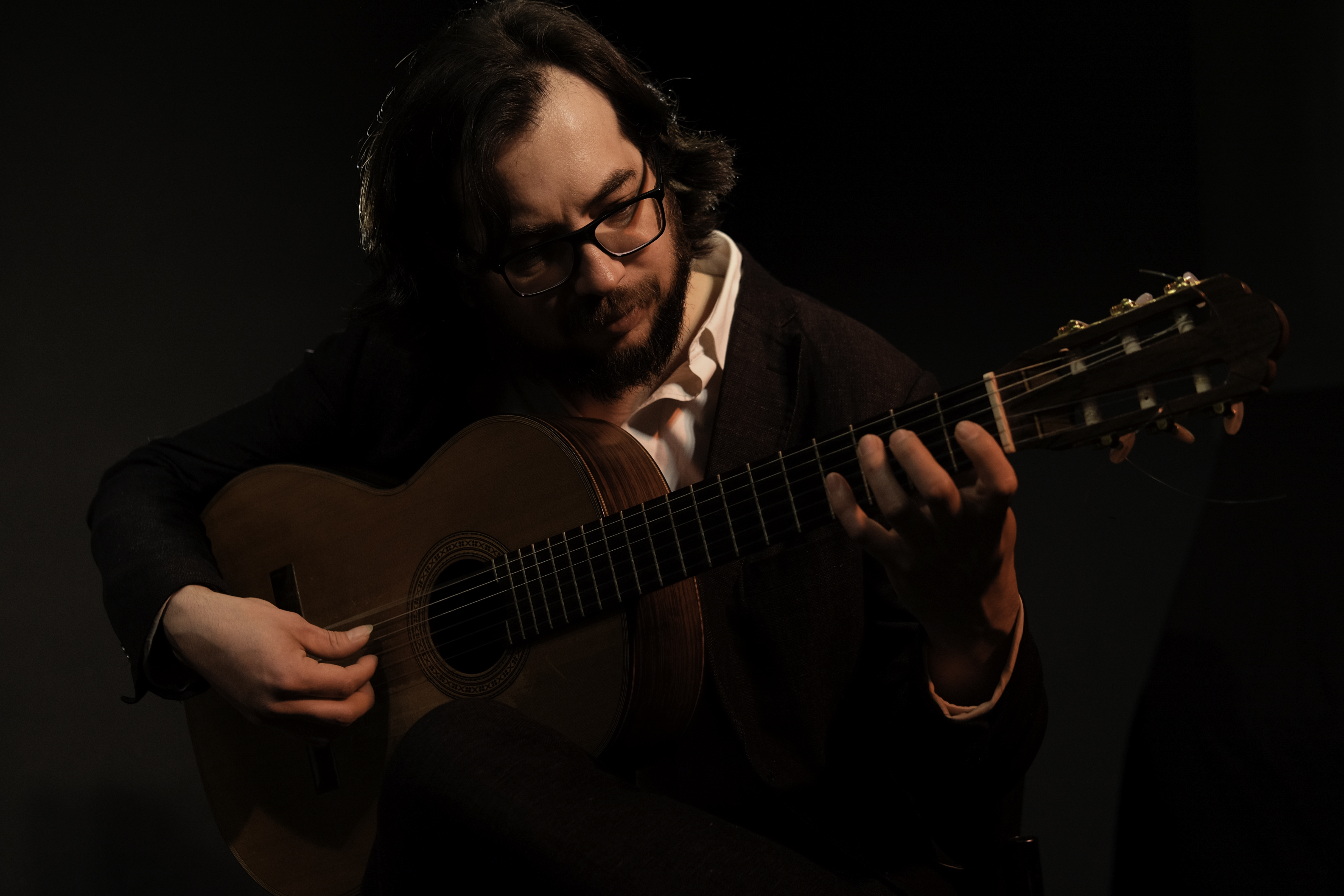 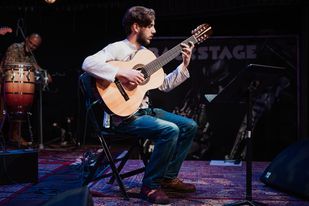 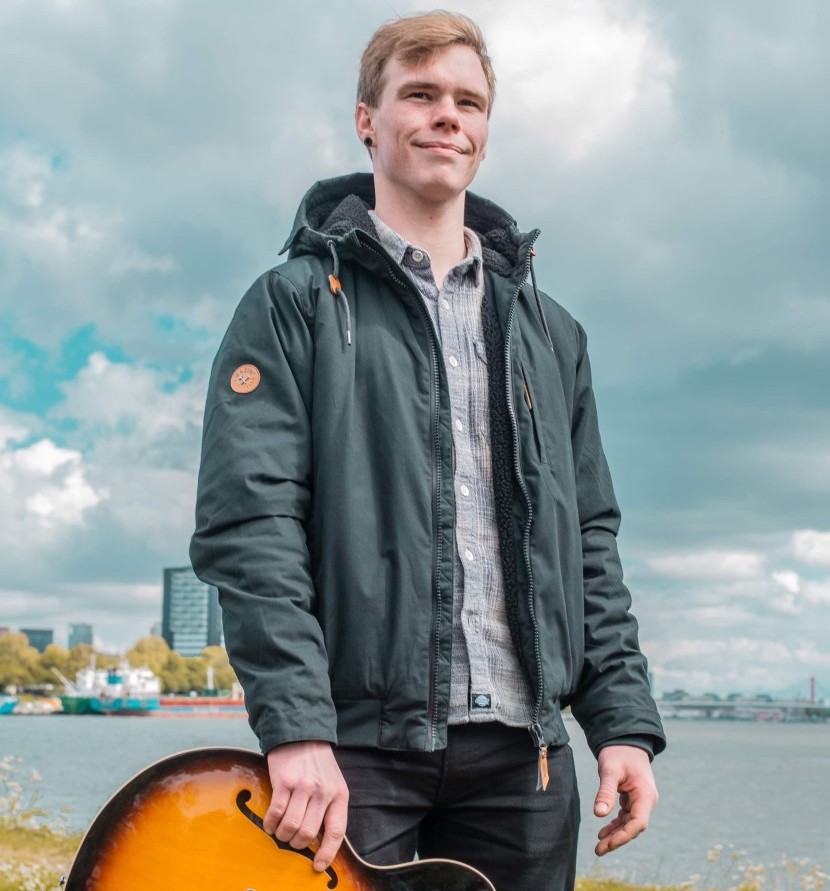 Rotterdam Music School Damvibes brings your Guitar classes at your place, so you don't need to worry about dislocating!

At the teacher's studio

Damvibes chose our Guitar tutors strategically along the Rotterdam map, so the location doesn't become a problem!

Send a gift card with Guitar lessons as a present!

Giving a pack of music lessons with a gift card is one of our strengths, and our students just love it! You just need to pick a teacher and click on “book a trial”. Select “Gift Card” and in 1 minute you will a 100% customized gift card right on your email! 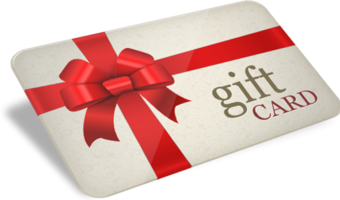 You just need to choose a Guitar teacher and fill in a quick form in less than 1 minute. We recommend you take into account variables such as location or specialties.

Our Guitar teachers in Rotterdam will get in touch with you as soon as they can, generally, it will take up to 24 hours for them to contact you. Then, you both agree on the day/time of the lesson

Get 30% discount on your first Guitar class in Rotterdam! The lesson is 30 minutes long. Just make sure you process the payment 24 hours before the lesson. Enjoy your first trial!

After your trial lesson, our Guitar teacher will get in touch with you to agree on the schedule and on the number of lessons you will have that specific month 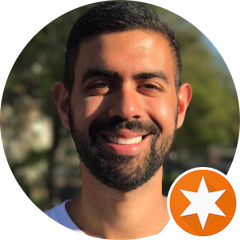 Quick response and everything was arranged promptly. Had a few piano lessons with Florin and really liked it! Highly recommended! 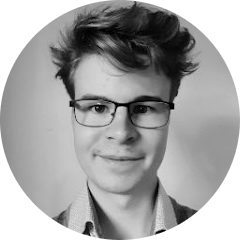 I have been taking piano and singing lessons for several months now and both my teachers Florin Mantale (piano) and Sophie Nakou (singing) are great! They are very friendly, helpful, and, of course, highly skilled musicians. Lesson planning is flexible and payment easy, I really like this music school! 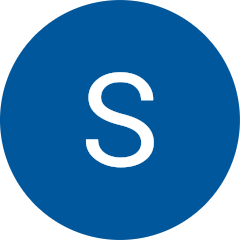 I have recently started to taking piano lessons been already learning alot and enjoying the lessons. Great teacher. I highly recommend to anyone who is considering to take lessons. :) 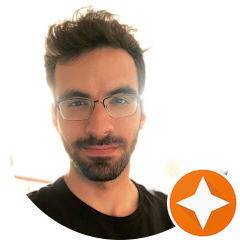 I had piano lessons when I lived in Amsterdam and I cannot think of a better music school. All the teachers are certified by european conservatories. 100% recommended

Prices of our Guitar courses in Rotterdam

Guitar lessons for kids and adults

FAQ over our Guitar classes in Rotterdam

🎹 Are music lessons in Rotterdam worth it?

That, dear student, will depend on how good your Guitar teacher is! And definetely, our Guitar tutors in Rotterdam are graduated from the best conservatories and music schools in Europe!

💰 What is the average price of a Guitar lesson?

The prices of our Guitar lessons in Rotterdammay vary and will depend on the location and the length of the lessons, you can check our price table up on this page!

In Guitar learning, there is no such thing as no-talent. It’ll always faster to learn Guitar in Rotterdam as a kid, but that doesn’t mean that adults can’t learn how to play an instrument. Furthermore, adults are more skilled to understand theoretical aspects such as chords, Guitar notes reading or music theory.

📅 How often should a beginner have Guitar lessons?

In Rotterdam Music School Damvibes, we recommend to have weekly Guitar lessons. Playing an instrument can be too sacrificing if you don't follow the right steps, this is to say, practice regularly, ideally everyday. 15-20 minutes per day will make the difference. The more practice the better!

Are you a beginner and want to learn how to play the guitar in Rotterdam?

If you were thinking of learning to play guitar at Rotterdam Damvibes, you should probably start by taking a look at the parts of a guitar, as you will be using a different technique for almost every part. But, what will you learn?

I encourage you to do a quick search: guitar body, pickguard, fretboard, strings, body, neck, tuners, headstock and frets and familiarize yourself with all the parts, so you can start playing the guitar as soon as possible! 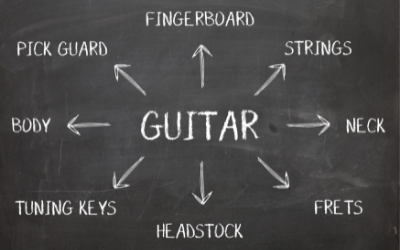 How to read guitar notes?: Tablature and guitar music scores

When learning to play guitar at Rotterdam Guitar School Damvibes, one of the most important aspects is learning to read guitar sheet music, or more commonly called ‘tablature’. Why? Because learning a new language will allow you to analyze, build and play melodies and chords efficiently. 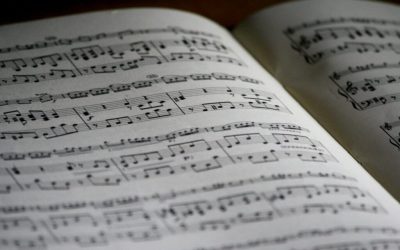 Play millions of songs right away: Learn how to play Guitar Chords

Do you already know the guitar chords? The best thing about learning all the guitar chords is that you can play millions of songs in the blink of an eye. Many songs have the same chord scheme, or rather, the same chord sequences. In addition, there are mainly 4 types of chords and 90% of the time you will only see two types of them, and also, each type of them has a certain pattern, that is, if you learn a pattern, you can practically play all of that kind. 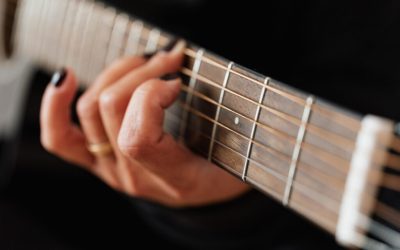 How to play the guitar faster? : Learning Technique

The technique of the guitar is very similar to any instrument. It is based on relaxation. From there, there are different techniques that you can use to play the guitar with different sounds and textures, but there is also a global technique that allows you to play the guitar faster more easily and without tension, thus avoiding unexpected injuries due to poor technique application. Luckily for you, all of our guitar teachers in Rotterdam know these aspects very well. 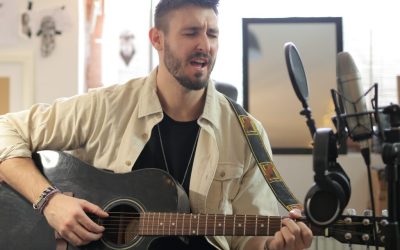 Manage Cookie Consent
To provide the best experiences, we use technologies like cookies to store and/or access device information. Consenting to these technologies will allow us to process data such as browsing behavior or unique IDs on this site. Not consenting or withdrawing consent, may adversely affect certain features and functions.
Manage options Manage services Manage vendors Read more about these purposes
View preferences
{title} {title} {title}

For the last few years I realized that I enjoy the challenge of teaching and sharing my passion for music with them. My goal is to instill a sense of music appreciation, while at the same time teaching students about the technical and theoretical aspects of music. Furthermore, I strive to expand children's interests by including composition techniques and the use of simple DAW software to record or produce their own ideas. During the lessons , I like to motivate students to keep an inclusive and open minded approach towards different musical genres. Using these techniques, I am able to reach out to each student, introduce new concepts and make sure they enjoy the learning process.

International guitarist
Performances
I have performed in different Halls, festivals and private parties.
🎌 Languages of my Guitar classes

While learning music I find it really important to have a safe environment where the students feel comfortable enough to make "mistakes" and learn from the experience.During the lessons, I like to coach each student through their path while sharing my experience with them, and transforming their "mistakes" into music. I believe in this way everyone can become the musicians they want to be.I consider it essential that each student works on a wide range of genres and repertoire because each one uses different technics and language that in one way or another will develop your own musical ideas and your performance.It is also possible to work in theory in order to have a better understanding of music if the student wishes to.

Muziekschool Choy lessons (3 years), Muziekonderwijs .nl (5years), Drønmuziek.nl (2year), Private lessons (6years)
I have been teaching guitar in diverse music schools and through online platforms since 2017.
I have as much experience teaching children going from the age of 6 years old as teaching adults with more advanced levels.
🏆 Guitar Awards & Performances

3rd place at "Prinses Christina Jazz Concours" in 2016 as part of DJBB.
Secundaire Onderwijs Kunsthumaniora Brussel (jazz & lichte muziek)
Performances
I have performed a lot in the Netherlands during the last six years. I have had the chance to play regularly with various bands at different local music clubs and concert halls such as: « de Doelen », « Rotown », « Jazzcafe Dizzy » and « Matrix Rotterdam » and have performed at multiple music festivals such as: « Jazz International Rotterdam », « NorthSeaRoundTown » (Rotterdam), « Grachtenfestival » and « De Parade » (Amsterdam), « Jazz festival Delft », « Jazz International Nijmegen » and « Jazz te Gast » (Zuidhorn). I have also played abroad in different countries such as Switzerland (Genova), Germany (Mannheim) and in France (Uzès) as a side man with the ensemble «Atmaca » and performed as a band leader with my jazz trio in Belgium, Cyprus and in the Netherlands. I recently had the chance to record two videoclips with Yamandu Costa as part of the Plankton Orchestra and to go to Athens to record the guitar for Vanessa Kourtesi’s first EP « Spending time with Esther ».
🎌 Languages of my Guitar classes

I am very happy be able to share my passion for music through teaching and always make sure to personalise the lessons content to the musical taste, learning process, level and objectives of each student.